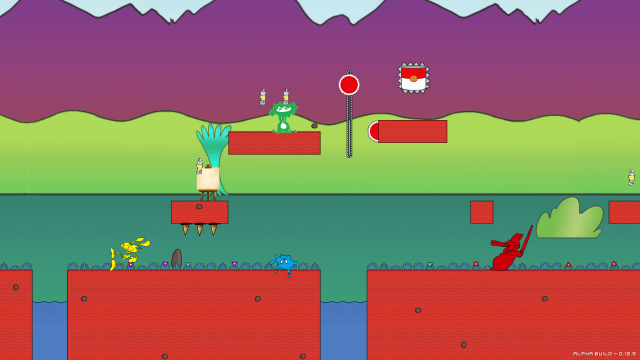 One of the things I love about showing my game off to a crowd is that it acts as an amazing, live QA session. We’ve been able to fix a lot of different bugs thanks to events like Playcrafting. Just recently we went to MAGFest to show off The Painter’s Apprentice and we found even more items that need some fine tuning. Some we were already aware of. Others, were a bit of a surprise. We’ve made notes on all of the comments and while we can’t implement all of the cool ideas in this game, we may consider it for a sequel or prequel (yes we’re already looking at a franchise of sorts).

We can’t really show too much of what we’ve been up to because it’s mainly just been small tweaks to the code here and there to make it run smoother. But believe me, even from last year to now, there’s a huge difference in the way the game looks and feels. For starters, we’ve switched gears to focus on PC first so you can play with a controller versus touch screen. While our mobile version works well, there’s just something about playing the game with a gamepad in hand. And of course, there’s the coloring effect. It definitely adds a whole new element to the game. People loved it and it was a joy watching gamers jump around and color everything in.

With that said, there will be some huge changes in the future. We’re updating the art to fit both the art movement AND the character a bit better. We want people to be able to look at the backgrounds and immediately realize they’ve switched to a different art style. So we’ve brought on an art director who has extensive knowledge of the various time periods who’ll help out. We’re hoping to still stay on track with our planned release date…at least that’s what we hope! If you’d like to see some of the changes, then subscribe to our newsletter. We’ll be updating you on all of that and more!

We’re really excited for how everything is shaping up. If you’d like to try out the game, head on over to our downloads section to try it out.