Incredible. Amazing. Those were my thoughts as I left PAX South 2017 the last time. From the incredible gamers of all ages with the enthusiasm of teenagers to the amazing friendships I made with fellow developers at the PAX Rising booth, PAX South 2017 was an amazing journey.  A journey that happened almost by a dare. 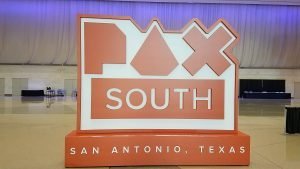 What is PAX (South)

PAX (originally known as Penny Arcade Expo) is a series of gaming festivals held in Seattle, Boston, Australia, and San Antonio, TX.  PAX was created in 2004 by the folks at Penny Arcade because they wanted to attend a show exclusively for gaming.  From that idea spawned a small 4,500 person event in Bellevue, Washington, focused on the culture and community that is gaming.  Since then, the show hasn’t looked back.  The San Antonio location was added in 2015.  From tabletops, a console freeplay, a handheld lounge, PC areas and to the informative panels, PAX has something for everyone.  I cannot forget to mention the phenomenal cosplayers and famous YouTubers attending either. 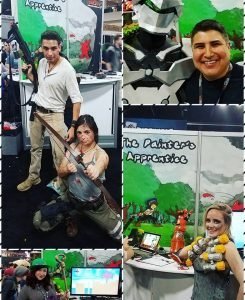 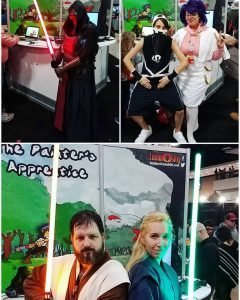 The Painter’s Apprentice has been kicking into high gear for the last 6-8 months.  We had just been selected into MagFest in Maryland and the game has demoed very well the last few months.  So, as I was about to purchase my PAX South 3 Day passes and I saw the exhibitor button. Jasmine (President of Luminosity Mobile) and I had not discussed entering but I thought, why not try to show off the game at PAX South.  The game was getting positive early positive reviews from gamers. Sure enough, we get a reply asking for more information about the game. I reply and we’re in! 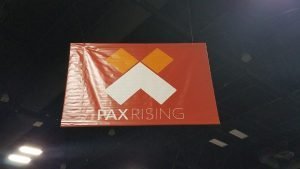 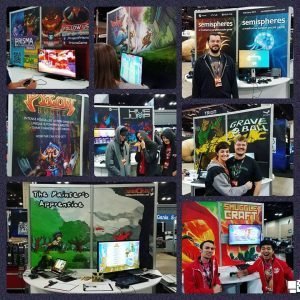 We started a small Kickstarter campaign to help with costs and it was worth every penny (pardon the pun)!  It was non-stop action from 10am – 6pm. We had people visit our booth constantly. I may have had a 10 minute break spread along 2 days. It was that incredible. Word of advice, make sure you have someone with you on those days so you have time to grab some food and take a break.

What drew people in? The colors of the game, the design, the artwork. What kept them playing? The story line of our hero, The Apprentice Painter as he battles paint blobs on his way to escape his Master’s artworks. Each artwork depicts a different period in art history from the Painterly to Neo-Expressionism. Naturally the backgrounds match these art styles. We also went the extra mile to make sure the music resembles composers of said time periods. 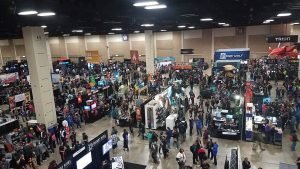 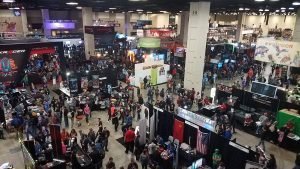 Who knew? People love free stuff! 🙂 I gave away countless Painter’s Apprentice Pen Paintbrushes. If you received one, you are one of the lucky few (hundred) I ordered.  However, if you decide to showcase your game with a booth, do not forget the power of candy! I can’t tell you how many people stopped by to grab some Starbursts then stuck around to play the game. 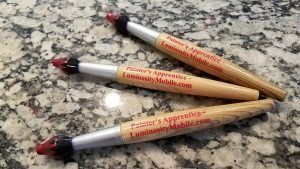 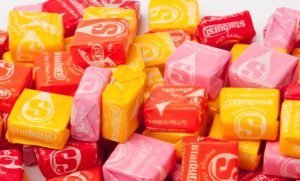 Thanks to the overwhelming support of the PAX South crowd, we were able to double our mailing list. Soon, we’ll spam you … hahaha…. jk. Really, we just plan on sending regular updates so you know what we’re working on.

Thank you to all who stopped by to play the game and signed up for the newsletter. I had a blast showing it off!   The positive feedback makes us work harder to get this game to you as soon as possible. Look for it Summer 2017 !!! 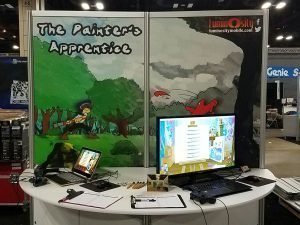 […] at an event that targets your audience. For game developers this would be game conventions like PAX South and MAGFest. Regardless of what you create, there’s like some kind of conference for it so go […]