On the surface, The Painter’s Apprentice might look like a straightforward platforming game with a simple gimmick. In terms of the mechanics, that might be the case. What allows us to stand apart is our emphasis on art styles. You get to travel through different paintings based on Impressionism, Cubism and more. And, of course, there’s the attacking element where you must match your paintbrush color with the color of the enemy to defeat them. To many, this might seem a bit simple or basic. After all, there’s a lot more you can do with paint and colors, etc. We could have had different attacks attached to the different colors. Or maybe we could have added in more elements of painting where you draw your own platforms/paths to the end goal (*note to self for future game). I ended up going the simpler route because I love old platformers and I wanted this to be a bit of an homage to them, with my own twist.

With all that said, we wanted the overarching experience to feel like you were actually playing through these art styles. How would an Fauvism level feel? What about Surrealism? I researched the themes of each of the styles and realized that I could incorporate those into the level design. While some were certainly harder than others (Impressionism, I’m looking at you), the others fell naturally in place.

For example, Pop Art takes things from mass culture and then tries to show off the kitschy/banal elements of culture. While that would be difficult to really do in level design, I figured the closest we could get was to take levels from popular platforms and then place it in our game with our assets. Obviously it couldn’t be 100% exact, we had to have more obstacles and enemies, but the general layout should make people think that they’ve played something like the level before.

Other styles are more difficult. For example Fauvism is more about emphasizing strong colors over realistic values. That’s too abstract for level design. Instead, I looked at the term Fauvism, which means the wild beasts in French. Fauvism as a style was also very short-lived. Thus, I designed my levels to be short but also “wild” in that levels would have a lot of unpredictable obstacle and enemy placement.

Something like Impressionism is about depicting light as accurately as possible while providing interesting visual angles. Again, kind of hard to incorporate with level design. However, it’s also about the passing of time and movement, something that you can absolutely bake into how you approach each stage. I tried to emphasize this point as much as possible by making the levels a test in patience, of letting the time pass. Did it work? Not always. I also had to keep in mind the difficulty level. Impressionism is World 2 after all so it can’t be too difficult.

To really make sure players felt immersed in the art style the sound design had to be on point. I researched popular composers and styles of music during these styles and forwarded them to the composer. From there he was able to provide an amazing soundscape that could work just as well as a regular song track as it does in a game. Some soundtracks might seem like an odd choice. For example, we went jazz for pop art versus the more obvious pop/rock sound. Why? Well we wanted it to fit in smoothly with the rest of our smooth, classical tracks, but the 1960s were also a huge time for jazz with Charles Mingus, Dizze Gillespie, John Coltrane and more – so it fit.

Put together with the backgrounds and the level design, the music adds that additional layer to make the game feel like an experience rather than just a simple platformer.

Of course, there’s nothing wrong with seeing it as just a simple platformer either. So long as you have fun 🙂

One of the biggest challenges of The Painter’s Apprentice has been designing the color wheel in a way that is fun, quick and easy with still an element of challenge. We tried a lot of different layouts from a slide out color picker option to tapping a button to cycle through the color wheel. All of them were a bit too clunky and slowed down the gameplay significantly. Whenever we showcased the game, the color wheel was the biggest complaint among all of the players. Finally, we think we’ve come upon a solution. At least for the most basic aspect of the color picker method. As you can see from the image below we’ve reduced the amount of colors to three and always have them available on the screen for players to tap. 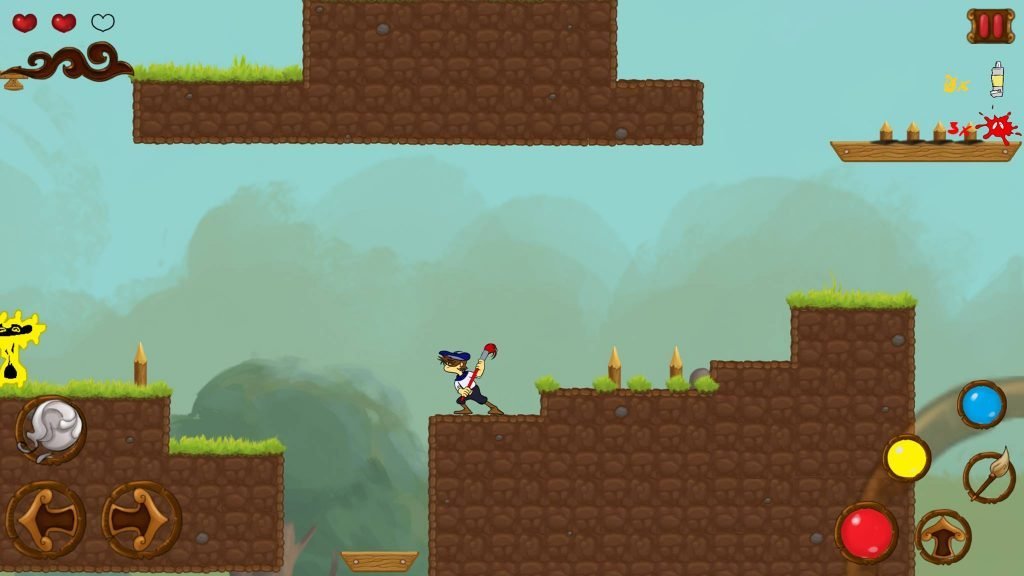 If it seems too simple, we’re just getting started. We’re looking at ways to incorporate color mixing for the other three colors or, perhaps, introduce color inspired special moves. We want to add a bit more depth to the game than simply pick the color of the enemy to attack so we’re coming up with some other ways we can have the color interact with the environment and player abilities. If you have suggestions, let us know!

If you’re not a mobile gamer, never fear! We’ve actually implemented controller support now too, which means we’ll definitely be releasing the game for PC. Maybe Steam Greenlight is in our future? If not we don’t get Greenlit we’ll still have a PC version available so stay on the lookout for that announcement. And if you’re looking to beta test it, let us know by emailing contact [at] luminositymobile [dot] com.

We attend a lot of events so there are plenty of opportunities to meet the people behind the company! If you’re in the DC area, check us out October 3-4 at VGU-Con. Future events will likely include:

MAGfest in Baltimore in February

Pax East in Boston in March

We also attend a lot of the Playcrafting events in New York City so if check out their page for their event schedule. If you can’t attend any of these events you can always catch us on Twitch at 7pm ET every Saturdays.

We’ve been keeping this on the down low for a while but we’ve actually gotten a new tile artist – Krzyzstof Dycha. Our previous artist had to leave due to health issues. While we loved her art there’s no way we can push her to do more. Health comes first! So we reached out to Krzyzstof and he’s been creating some new tiles for us. We debated whether we wanted to simply copy the previous tiles and simply complete the leftover tiles or start from the beginning. Ultimately, we decided it would be best to start over again so Krzyzstof had full reign of the art. I personally am glad I made this choice as the tiles look great! They’re very flexible and I’m super excited to start using the new tilesheet. We’ve finished up to World 5 so far so only 3 more worlds left. Right now we just have the basics for the different worlds, but I might end up adding in a couple more obstacles to ramp up the difficulty in later levels.

Just last week I ran into a serious issue where all of my prefabs lost their tags and layers. While I was able to easily fix this there’s a new issue. Now the Apprentice is getting stuck on invisible walls and ceilings. I’m not sure exactly what is causing this. I have created a new scene and even then the issue is still occurring. I’m still trying to figure out the issue but hopefully it’ll be resolved soon as we have to submit the game to Artcade 3000 this week! Keep your fingers crossed so we can figure out the issue before then.

Besides this, we were all super busy this past week. Saturday we all finally played League of Legends together. Most of us were relatively new to the game except for our programmer Alex. To make it fair the n00bs were on one team while Alex was by himself (except for the last game). Even with those odds, Alex managed to win 2 out of the 3 games. Guess I better start practicing! You can watch the video over on our Twitch channel and don’t forget to subscribe! We stream every Saturday at 7pm ET.

So what have we been up to game development wise? 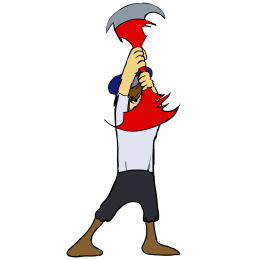 As you can see it was a bit of a slow week but we’re still progressing quite nicely. Hopefully we’ll have a working build ready to test by the end of June. Are you interested in being an alpha tester? Subscribe to our newsletter and we’ll contact you first to be a tester.