5 Lessons I Learned From My First Game 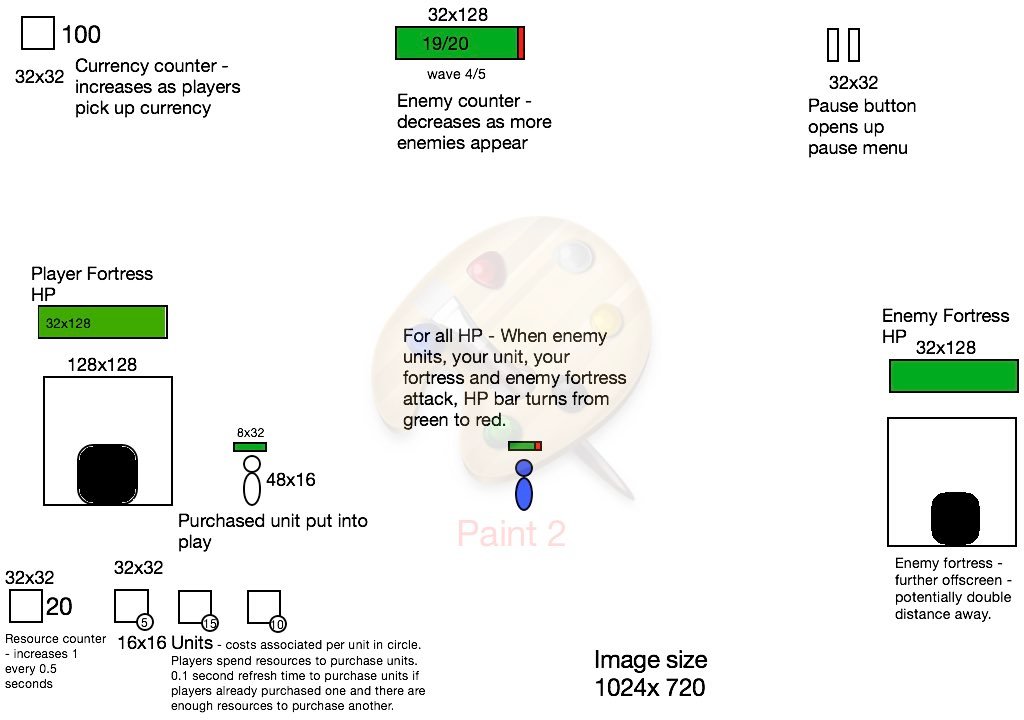 We recently released our first game Once Upon a Runner (OUR) on Android back in September of 2014 and while the team was very excited about it, I’ll be honest and say that I was just relieved to finally be done with the project. Yes, of course it is still my baby and I’m still working on ways to improve it, but when we finally released on Android it was like a huge burden was lifted from my shoulders. You see, we had started working on OUR back in 2012. Yes, it took TWO YEARS to get a simple runner game out on Android. In those two years, I learned so much about project management that I wanted to share my experience with others. So I decided to take part in the lightning talks at the Boston Festival of Indie Games. Unfortunately, I only had seven minutes to go over the topic, which means I really had to gloss over a lot. You can watch the video below. Honestly, I felt like I wasn’t able to properly illustrate my point in such a short time so I decided to compile a helpful list of the common pitfalls we ran into and how you can avoid it. Hopefully you’ll find it useful! 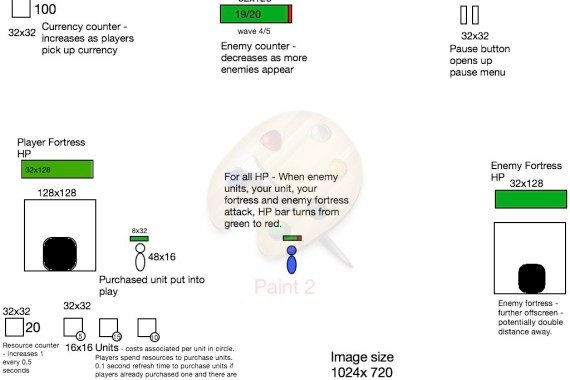 Whether you’re working as part of a team or by yourself, you should absolultely have a written document. You might not necessarily need a full blown game design bible or Wiki page, but it is so important to have all of the game features written down so you can refer back to it. You’ll always have a point of reference in case you forget why you designed your game a certain way and, most importantly, it will help you focus on the core features. Without a plan, it can be very tempting to simply go off on whatever idea pops into your mind at any given time and work on that. In the mean time, you’re ignoring the actual meat and potatoes of the game. The funny thing is you won’t realize it until you suddenly look at your work and realize, “Holy crap, we’re not even 10% completed with just the basic aspects!”

A lot of people seem to shy away from planning, thinking that it limits their creativity and flexibility to make changes. This couldn’t be further from the truth. Good documentation allows for sudden changes as it shows you how it will work with the features you already have. From that you can decide whether it makes sense to implement and the easiest way to do so.

A team without someone taking the lead is doomed for failure. Sure, there might be someone that calls him/herself the lead, but watch them carefully. Are they actually effective? I have worked with several people that were in leadership positions who had trouble making the hard decisions. Instead of asking for revisions or speaking directly to certain problem employees about their work they would let things slide, unwilling to confront these issues head on. Instead they would hem and haw and complain about the issues to me. After many, many months of poor communication and unmotivated team members, eventually I had to step up to salvage what was left of the team and make the hard decisions. Eventually we moved on from the old programmers and found a new group that were motivated. I kept track of the team with weekly Skype meetings and daily check-ins via Facebook chat. I made myself available as often as possible so I could answer any questions or concerns. And if it seemed like someone wasn’t pulling their weight, I would have to make the hard decision to let them go.

Leading isn’t easy and it isn’t for everyone. You have to be willing to put your foot down, make the calls and shoulder the burden of those decisions. You have to be able to give and take criticism. Most of all, you need to work harder than everyone else in order to keep your team members motivated. 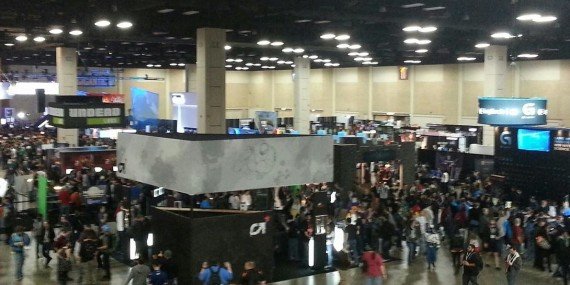 If you’re developing games, that usually means you’re hoping to get people outside of your friends/family network to play them. The only way you’ll get the word out is to spread it yourself. Although social media sites are the popular outlets, the main problem is building your fanbase. Facebook has made it harder for you to organically reach an audience (even your own fans) and Twitter is so inundated with tweets that your’s will quickly get buried. Of course, it’s still possible to build up your audience, but you’ll need to actually converse with people on these channels and not just push your games. That means commenting on other people’s updates, providing helpful answers and comments and basically just starting a one-on-one relationship with potential followers. It’s a lot of work, but you’ll be rewarded by loyal fans.

Of course, if you want your social media strategy to be effective, you should couple it with real-life socialization. Meetup.com is a great service where you can meet people who share the same interests. There are also conferences you can attend like Pax, GDC, etc. The larger conferences can be quite costly, but there are plenty of smaller events you can attend. While there might not be as many people, the smaller crowd will give you the opportunity to strike up deeper connections. If you have the time and energy, game jams are also a great way to meet other developers and get your name out. And if your game is good people will definitely be looking out for more work from you. 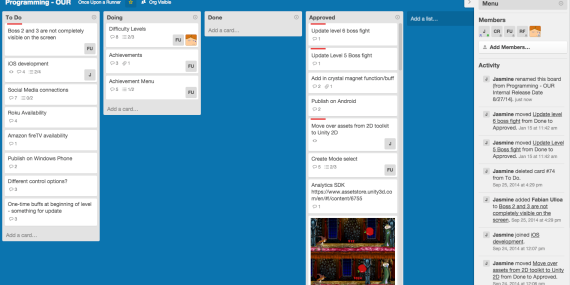 One of the biggest issues I ran into when I took over as lead designer was project management. I tried out a lot of different types of project management software like Asana, but no one used them. Most people just viewed it as an inconvenience and found it too difficult to use. After trying out a couple, I found Trello, which has made project management a breeze. It’s incredibly simple to use and all people need to do is check off tasks they completed and move over cards to the finished column when they’re done. Besides the simplicity, I think the other big reason it has been effective is due to the visual and interactive aspect of it. You are physically moving over a task card to the done section and you can actually see how much progress you’ve made. It’s pretty invigorating and I think this aspect keeps people motivated. Even if you’re a solo team, I think it’s still a great way to keep track of your progress.

Besides this, I also keep track of progress throughout the week during weekly Skype meetings and run it a bit SCRUM. We all get a chance to speak and go over what we accomplished the previous week and what we plan to do in the upcoming week. I then follow-up in our chat group almost daily. The chats aren’t always about work, often there are some silly conversations on there, but it helps create relationships between team members. I think having something like that builds accountability as they become more than just team members.

This is applicable to your audience and to your team as well. If something is not going right or there is an obvious issue, communicate. Don’t try to hide it or lie about it. People value transparency and the more open you are the more loyal people will be. Can’t afford upfront payment for an artist or programmer? Mention this fact to them before they join your team. Did you notice some issues with your game when you released it? Make note of it and let your audience know you are working on it. People want to feel valued and answering questions, acknowledging issues is a great way to do that. And, of course if you really screw up, an apology goes a long way.

Share on FacebookShare on TwitterShare on Google+Share on Linkedin