When you talk to game developers about marketing or community building, you’ll often be met with glazed eyes. So many of us are so busy concentrating on making a good game that we forget that we also need to let people know about it (I fall into the same trap). Otherwise, who will play it?

That doesn’t mean we think marketing, PR, and community building is unimportant. Quite the opposite actually. Many of us know that it’s important, but so many of us don’t know really know how to do it. Instead we kind of dabble around on social media, post developer blogs because we see other people do it and kind of float around in this marketing limbo. We read up on some tactics, but we don’t really get it. Of course, not all of us are like that. Some developers understand the secret sauce behind successful marketing campaigns. On the surface, it seems like they’re doing exactly the same thing you might be doing, but if you dig a little deeper you’ll start seeing the differences. Here’s a little marketing 101 on what successful game developers do to spread the word.

They Know Their Target Audience 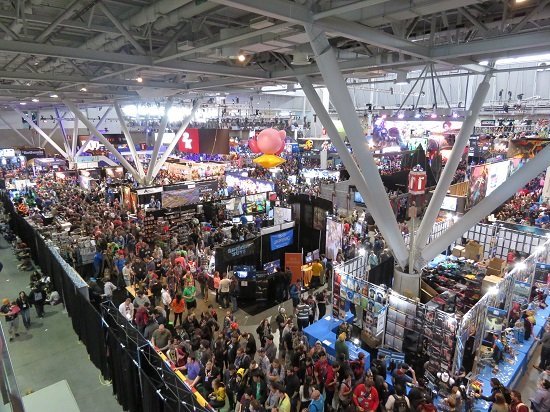 Do you know who will play your game? Does your game appeal to casual or hard core gamers? Is it for mobile, PC or console? 2D or 3D? VR integration? All of these questions can help narrow down your target market i.e. your audience. You don’t need to change your game to suit a demographic, but you should be able to pinpoint people who would want to play your game. From there, you can then find out where they go to hang out online. Maybe it’s Twitter or Reddit. Maybe it’s Twitch. Either way, the more targeted your audience, the better your chances of getting noticed. The more you learn about them the better you can tailor your message by knowing exactly where they are and their preferred method of consuming content whether it’s through text, video or images.

The developers behind Punch Club (tinyBuild Games) is a great example. Rather than go to review sites, they went directly to Twitch to utilize the Twitch Plays crowdsourcing experiment. This allowed users to “play” the game by simply typing in commands. It was a genius stroke of marketing that brought in quite a bit of downloads. Will this work for your game? That depends on if your audience is on Twitch or not.

So how do you find your target audience? Ask yourself these questions: 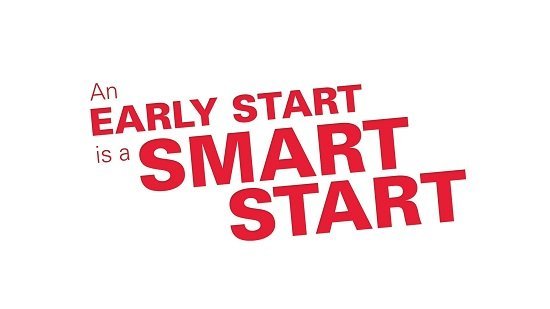 Most successful indie developers start building up hype long before the actual release of their game. This could mean showing of concept artwork or just sharing prototype ideas. Heck, you can even share ideas that didn’t quite make the cut and why they didn’t work. The point is, you want to get your company and game on people’s radar early on because you can build up your audience. The earlier you start, the more likely you will be to grab people’s attention and really stick in their memory. They’ll be waiting for screenshot updates or developer blog updates because they’re invested in your game. After all, they’ve been following you for 6 months or more.

The trick here is to only start promoting the game when you have something worthwhile to show. That means all of your screenshots or demos should be very polished. Google doesn’t remove old images and having some low quality images or videos can negatively affect your game. So what do you need for your game? 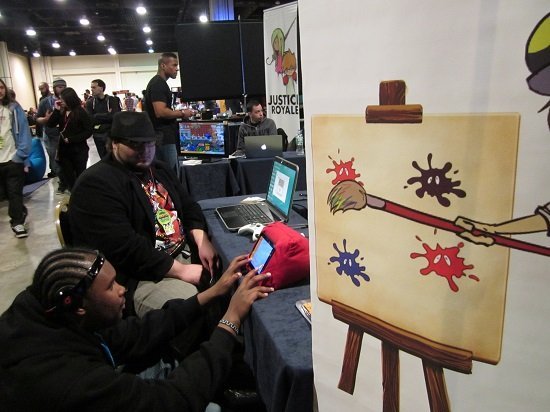 Most game developers, whether AAA or indie, understand the importance of getting out your game in front of people when it’s in a playable state. While social media can certainly do a lot, the best thing is to actually get in front of live people and have them try out your game. Not only can you talk at length about it, you can also see people’s reactions to it and even see potential pitfalls you can fix in the future. While smaller conferences are a great place to get started, you really want to save up the money for the big conventions like PAX. These can cost well over $10,000 but you’ll not only be meeting with gamers but also media outlets and even representatives from Steam, Apple and Google.

Even if you can’t afford to exhibit (or perhaps your game gets rejected) it’s still a great idea to go anyway. Besides speaking to other indie developers, you can also hand out flyers, buttons or CDs for your own game to other attendees (though this might be considered suitcasing so be sure to look into the guidelines for each convention before doing this).

But it isn’t just about conventions. You need to think outside the box when marketing your game. Look at other ways you can promote your game outside of the virtual sphere. Is your game about zombies? You can probably find events in a city near you that feature them. What about an escape the room game? A lot of cities now have real life escape the room events, so why not work with them to promote your game? Got an endless runner? Maybe you can hand out your flyer to the audience at marathons. There are a lot of options to choose from. Of course, they require research and stepping outside of your comfort zone. With that said, people will more likely remember your game and company if you do these kind of guerrilla marketing tactics.

They Know How to Social 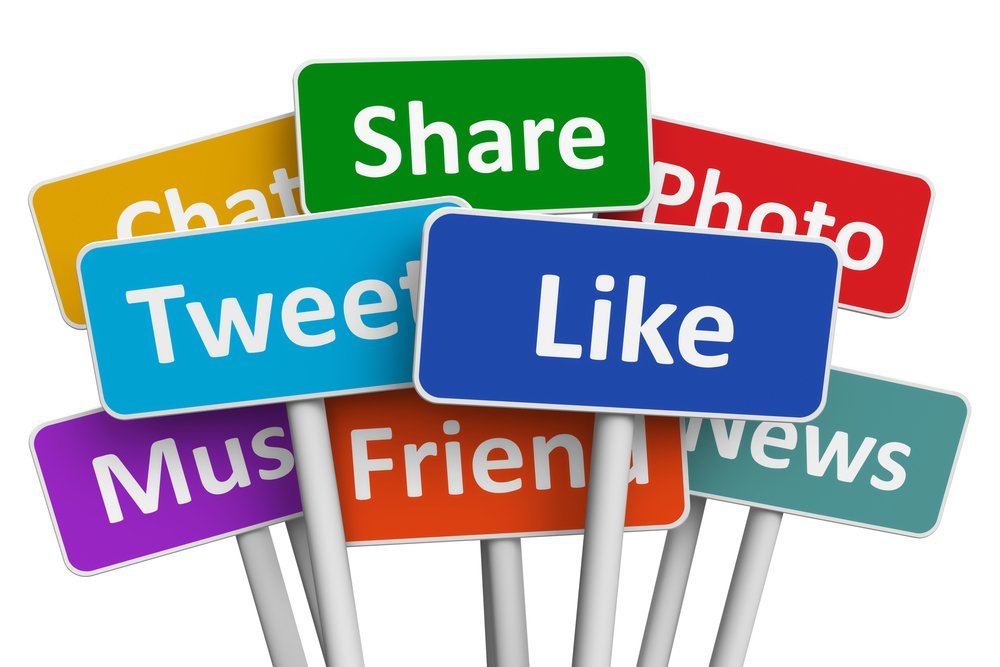 Hey, I shuddered too just using the term ‘social,’ but it’s true. The best game developers understand the nuances of each platform and tailor their messages to fit each one. It isn’t just about the text but the attached images or videos that accompany it. They know exactly what hashtags to use (#gamedev, #screenshotsaturday, #indiegame) and of course interact on a personal level with both their followers and potential followers. By keeping it personal, they’re building a strong relationship with their audience, which of course leads to better results once they release their game. Of course, some companies already have such brand recognition they don’t and can’t respond to everyone individually. That’s one of the main benefits of being an indie studio – you can reach out to everyone personally. It takes a heck of a lot of time, but you reap the benefits in the form of a loyal gamer…so long as your game is good of course. One of the best things to do is to use a social media manager like hootsuite. Not only can you manage most of your profiles, you can also schedule your posts and keep track of targeted keywords.

Of course, being good at social media management is much more than just posting a tweet or Facebook post. It’s about understanding the analytics. You’ll need to be able to look at the data on each of your post and not only see which posts are doing well, but also understand why. The why is the tricky part as the analytics don’t necessarily tell you. It just gives you the numbers so you’ll need to figure out why one tweet is doing better than another. Maybe it’s the use of a certain image or gif or maybe it’s because a larger company shared your post. Either way, you’ll want to keep a close eye on the numbers. It can show you what you are doing right and, when put together with your customer profile, can even predict behavior for future posts. 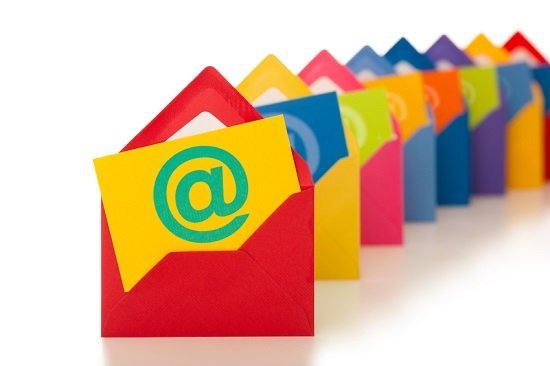 Email marketing is not dead. In fact it still remains the most successful marketing tool in your arsenal. People who have already signed up for your email list are already interested in your game and company. That means when you send out information on an update or release, these are the people who are most likely to click through and make that purchase. So build up your subscriber list stat! Email marketing services like mailchimp make it super easy to create different lists, see open/click through rates and even make an eye-catching email.

Sounds easy right? Well, it’s not quite that simple. You have to convince people to sign up for it by providing value to them. So what will they get in exchange for being a subscriber? Is it beta testing? Or perhaps a discount code for when the game is released? Maybe it’s free wallpapers? Whatever it is, you want to reward your subscribers with the idea of exclusivity. They’re getting something that other people won’t get. So come up with some kind of reward. It doesn’t have to cost you any money and you don’t have to do it for every email you send out.

Speaking of emails, how many should you send out? You want to make sure your subscribers don’t forget about you, but you also don’t want to spam them with nonsense. A good rule of thumb is once a month, but  you can always do less if you don’t think you have enough information to create a newsletter every month. Just keep it consistent. Make sure your social media profiles are on each email you send out. And if you want to increase your base, reward people who refer their friends with some kind of prize. Again, keep it simple. It could be an amazing wallpaper or a percentage discount for every x amount of people they refer. Get creative! (By the way, sign up for our newsletter as well!)

Yes, there is some luck involved to having a successful game. Sometimes the game idea you have aligns perfectly to what a huge portion of the gaming population wants. Sometimes technology comes along that allows the game you wanted to make a reality. Or sometimes a new platform appears that has hardly any competitors. Look at Angry Birds. They became hugely successful because they were one of the first games that really utilized the touch screen on the iPhone. And really, they were one of the first original games available. Of course, we can’t all be the first one to jump on a new platform. So what can we do to increase our odds in such a saturated market? In essence, we need to have a little luck on our side. While we cannot completely control it, we can increase our odds of having a successful game by researching our genre, playing our competitor’s games, listening to the complaints of current gamers and then seeing how our game addresses these issues. Once you find that hook push forward with it and illustrate why your game is different from all the others available and tell your audience in as many ways as you can. And if you’re lucky, they’ll start noticing.

At the end of the day, marketing is an entire full-time job by itself as is community management. For small teams, this list might sound daunting, but if you do one thing on this list then I suggest really understanding your audience. This doesn’t mean you need to sacrifice your vision of the game to suit them, but you should have an general idea of who you want to play your game. After you have a strong image in your mind, the rest – social, video and blog creation, etc – should come more naturally.